Each year, the U.S. District Court for the District of Massachusetts selects approximately 5-6 Lindsay Fellows who have shown leadership potential and academic ability to intern at the Court.


During this intense nine-week summer program, Fellows intern in a judge's chambers and participate in courses that focus on legal research and writing. During the second month of the program, each Fellow is assigned to the United States Attorney's Office, the United States Probation and Pretrial Services Office, or Federal Public Defender Office. Throughout the course of the program, Fellows meet with judges, court personnel, community leaders, visit different law schools, and participate in various community service activities.

At the end of the program, Fellows take part in a moot court competition, which is argued before a federal judge. Throughout the summer, students prepare for this competition under the guidance of legal professionals.

Judge Lindsay was born, raised and attended public schools in Birmingham, Alabama. In 1962, after completing the eleventh grade at Birmingham’s Carver High School, he was granted a Merrill Early Admission Scholarship to Morehouse College.

While at Morehouse, he was the recipient, in 1965, of an additional Merrill scholarship for travel and study abroad. With that scholarship, he studied for fourteen months at the University of Valencia, Spain. While in Valencia, Judge Lindsay also taught English as a second language at the Institute of North American Studies.

Judge Lindsay returned to Morehouse College in the fall of 1966 and graduated with honors in 1967. At Morehouse he was elected to Phi Beta Kappa and Pi Sigma Alpha, the National Political Science Honor Society.

In the fall of 1967, Judge Lindsay entered Harvard Law School. At Harvard, he was president of the Black Law Students Association. He graduated from Harvard in 1970.

In 1975, at the age of twenty-nine, Judge Lindsay was appointed by then Massachusetts Governor Michael S. Dukakis to the post of Commissioner of Public Utilities. He served in that office for just under three years and then returned to Hill & Barlow. In 1979, he became a partner at Hill & Barlow.

During the period 1983 to1988, Judge Lindsay was a member of the Massachusetts Commission on Judicial Conduct. He also served on the Council of the Boston Bar Association. During the period 1992 to 1993, he chaired a Boston Bar Association Task Force on the Massachusetts Juvenile Justice System. He was principal author of the Task Force’s report: The Massachusetts Juvenile Justice System of the 1990's: Rethinking a National Model, 1993, reprinted in 21 New England Journal on Criminal and Civil Confinement 339 (1995).

Judge Lindsay was appointed by President Clinton to the United States District Court for the District of Massachusetts in November, 1993.

He was frequently included in Best Lawyers in America, Who’s Who Among African Americans, Who’s Who in America, and Who’s Who in American Law. In 1994, he was recipient of the Ruffin-Fenwick Trailblazer Award, given by the Harvard Black Law Students Association. In1995, Judge Lindsay received the United Negro College Fund’s Outstanding Alumnus Award. In 1998, he received from Boston College its Amanda V. Houston Community Service Award. In 1999, the Boston Bar Association presented Judge Lindsay with its Citation for Judicial Excellence. Also in 1999, Easter Seals of Massachusetts presented Judge Lindsay with its Frederick E. Berry Expanding Independence Award. In January 2001, he was presented with the “Heroes Among Us” Award by the Boston Celtics. In February, 2001, he received the New England Black Law Students’ Leadership Award. In May, 2003, Judge Lindsay was awarded an honorary degree of Doctor of Laws by New England School of Law. In April of 2005, he was awarded the N. Neal Pike Prize, given annually by the N. Neal Pike Institute of Boston University School of Law to an individual who, despite a physical or mental disability, has achieved notable success. In 2007, Judge Lindsay was again a recipient of the Boston Bar Association’s Citation for Judicial Excellence, sharing the award with his colleagues Chief Judge Mark L. Wolf and Judge Patti B. Saris. Judge Lindsay was a member of the American Law Institute, the American, National, Massachusetts and Boston Bar Associations and the Massachusetts Conference of Black Judges. He was a fellow of the American Law Foundation and a member and former President of the Board of Directors of Partners for Youth with Disabilities, Boston. He also served on the Board of Directors of Morgan Memorial Goodwill Industries, Boston and on the Board of Directors of the West Suburban YMCA Newton, Massachusetts. He served for nine years as a trustee of the Newton-Wellesley Hospital, Newton, Massachusetts.

The fellowship is located at the John J. Moakley U.S. District Courthouse in Boston, MA. 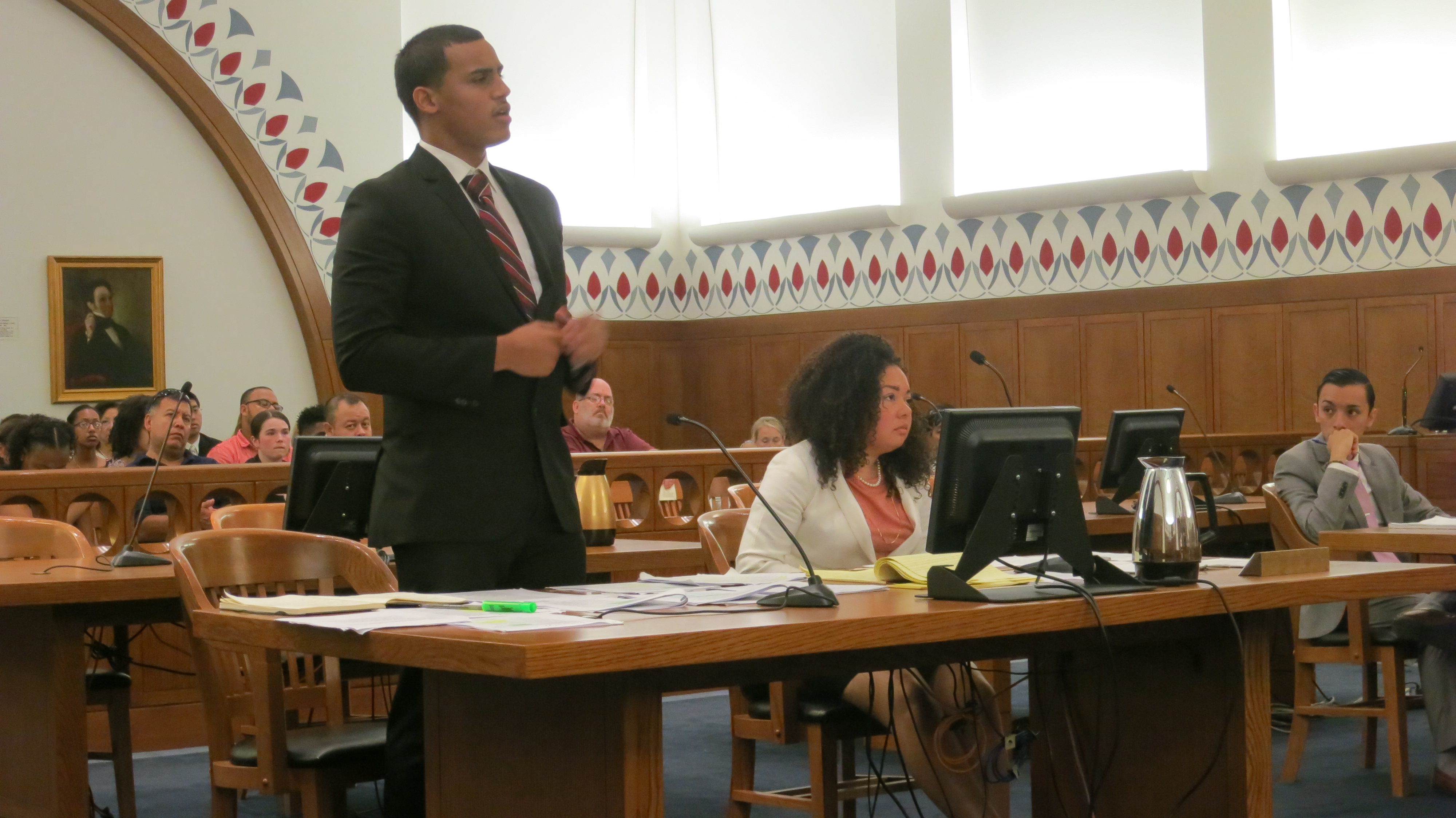 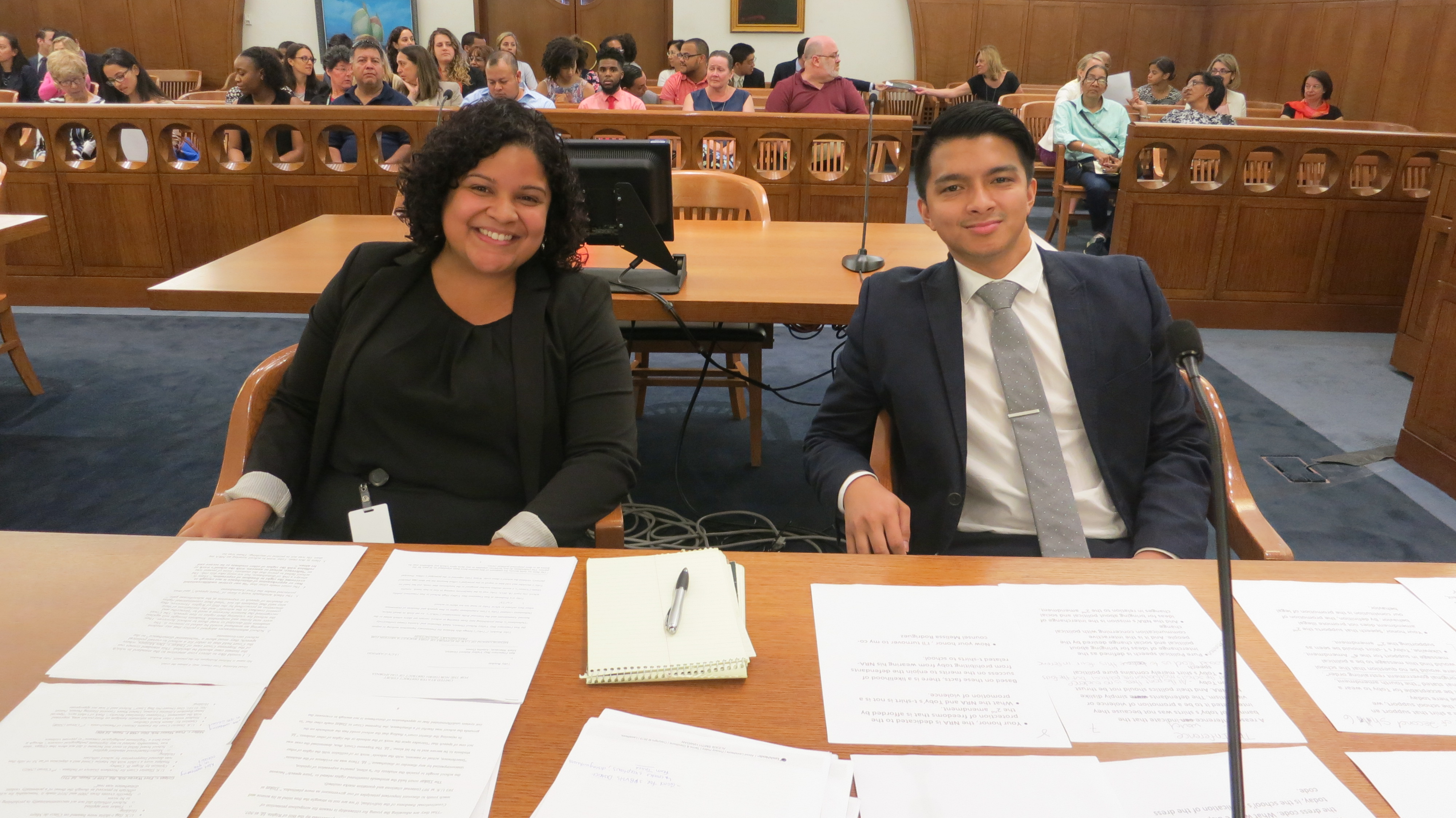 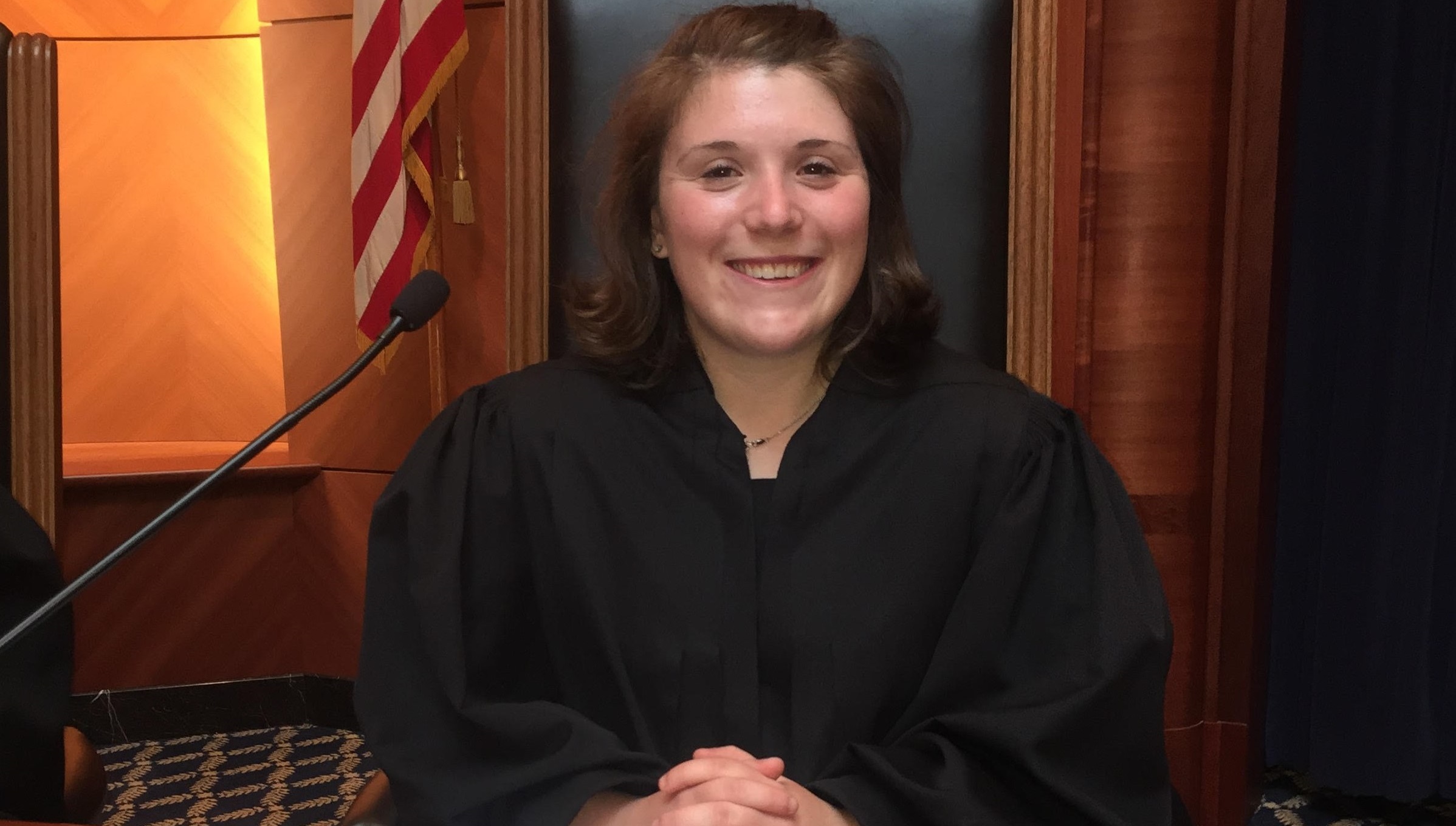 The Honorable Patti B. Saris

"Every summer I look forward to meeting the Nelson and Lindsay Fellows. I enjoy sharing my trials, explaining constitutional rights and watching their enthusiasm in participating in the mock trial."

"A dozen Nelson and Lindsay Fellows over the years have become part of my extended chambers family. Whatever my law clerks and I have been able to teach over the course of too short a summer has been repaid a hundred times over by the joy of following the Fellows' life experiences and successes as they grow into adulthood. The Fellows are a living legacy honoring the memory of the two great judges whose names will always be connected to theirs."

"One of the highlights of my first year on the bench was working with the Nelson Fellows and Lindsay Fellows this past summer. The Fellows were a bright and energetic group who were so eager to learn about civic responsibility and the judicial system. It was pleasure to work with them and I look forward to welcoming new classes of Fellows to the Court in the years to come."

"Having the Nelson Fellows here has always been a highlight of the summer. These students bring with them a diversity of experiences and thirst for knowledge that energizes all of us. You know that these Fellows are going to go on to accomplish a lot in their lives."

The legal system was always something nebulous, but I always knew that its intricacies controlled my permanence in the country I now call home. With years and years of doubts and questions in my mind about the American judicial system, the Lindsay Fellowship provided me with knowledge and clarity that I could share with my family who has survived all this uncertainty since we first moved to the states. Here we are now, understanding a system that never saw us coming. Translating legal terms to Spanish just as fluidly as the interpreters in the courtrooms. Finally, from the comfort of my home, I was able to explore ‘the law’ alongside my greatest cheerleaders. We belong here, we are here to stay, and we are going to change the meaning of what it looks like to "make a future in the law". - Sara Sarmiento (2020)

I'm thankful for my experience and time spent in the Judge Lindsay Fellowship program. A truly amazing summer and exposure to all of the people I met, who have helped me along the way throughout the program. - Derek Hall (2011)

The Lindsay Fellowship provided a rare and privileged opportunity to sample law school and build meaningful relationships. The writing class demonstrated the commitment needed to succeed as a first year law school and prepared us for our first year of law school. The relationship we built will prove to be instrumental as we approach applying to law schools. - Rafael Feliciano (2010) 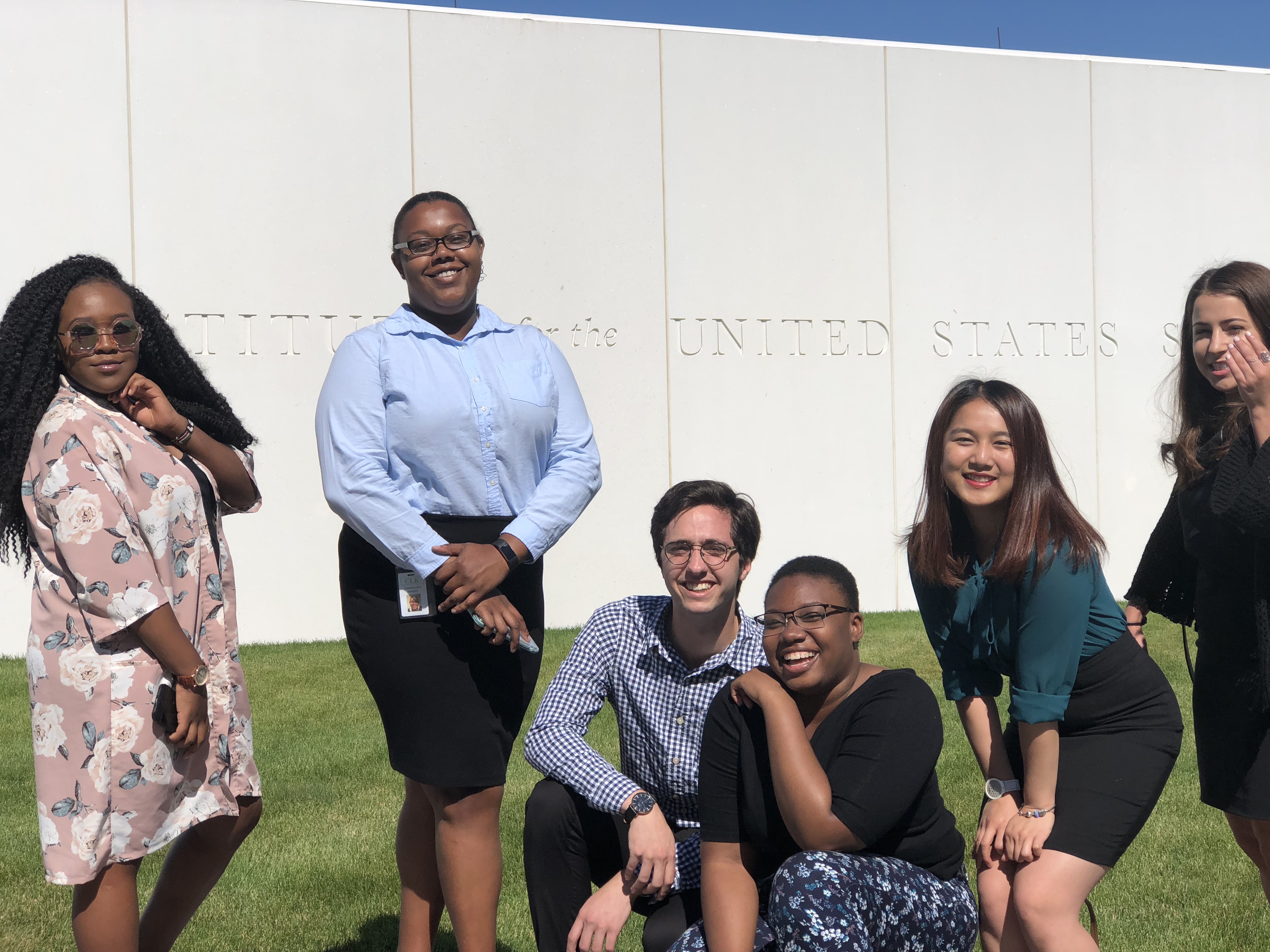 Judge Lindsay and the Flight of the Bumblebee

An educational stipend is offered.

Applications for the Deputy Coordinator/Coordinator position (2 year commitment) is now open. Job description and application instructions may be found here (PDF). The deadline for applying is March 1, 2023.